After vanquishing the Kalakeyas, Amarendra Baahubali is declared as the future king of Mahishmati and Bhallaladeva its commander-in-chief. The Rajmata Sivagami orders Amarendra to tour the kingdom and its neighbourhood, along with Kattappa. During the tour, Amarendra witnesses an attack by Devasena / Thevasenai, the princess of Kuntala, a kingdom neighbouring Mahishmati. Falling in love with her, he approaches her after the fight, posing as a simpleton and an orphan and Kattappa plays a role as his uncle, and is accepted into the royal palace for a job.

Bhallaladeva receives a message of Amarendra's act and upon viewing Devasena's portrait, lusts for her. He asks Sivagami for Devasena's hand in marriage. The Rajmata, who was unaware of Amarendra's feelings for Devasena, assures Bhallaladeva and sends an emissary to Kuntala, who delivers the marriage proposal in a patronising way. An insulted Devasena rejects the proposal with a scathing reply. Enraged hearing her response, Sivagami sends an order to Amarendra that Devasena be brought to Mahishmati as a captive.

Meanwhile, Kuntala is attacked by Pindaris, a dacoit-like army. Amarendra, with the help of Kattappa, Devasena's maternal cousin, Kumara Varma, is able to nullify the attack and save Kuntala. Upon being questioned, Amarendra reveals his true identity. He receives a bird post from Mahishmati, ordering him to take Devasena as captive. He promises Devasena that he will protect her honour and convinces her to come with him to Mahishmati as his future bride.

Upon reaching Mahishmati, the misunderstanding is brought to light and when an ultimatum is delivered to Amarendra that he must either choose the throne or Devasena, he chooses the latter. Bhallaladeva is crowned king and Amarendra is made the new commander-in-chief. This, however, does not impact Amarendra's popularity among the people. During Devasena's baby shower, Bhallaladeva rids Amarendra of his duties as a "gift" and offers them to Sethupathi. Devasena speaks out against Sivagami's inaction and taunts Bhallaladeva. Due to further clashes (An altercation between Devasena and Sethupathi), Amarendra and Devasena are banished from the royal palace, living happily among the people.

Bijjaladeva convinces Kumara Varma that Bhallaladeva is after Amarendra's life and he must kill the king to safeguard his brother-in-law. Kumara Varma enters the palace in the stealth of the night, only to be discovered by Bhallaladeva and be killed, but not before revealing their plot to convince Sivagami to kill Amarendra due to the people's continuing respect for him. Sivagami, convinced that Bhallaladeva's life is under threat but that open hostility would result in civil war, orders Kattappa to assassinate Amarendra. Kattappa, bound by his word to serve the Queen, lures Amarendra by feigning he is in trouble, and then stabs him in the back and kills him.

After Amarendra's death, Kattappa soon learns of Bhallaladeva's treachery and informs Sivagami, who reveals to the panicked hordes outside her palace that Amarendra is dead and that the baby Mahendra Baahubali would ascend the throne. As Bhallaladeva and his men are about to seize the queen, she flees with the new King but falls into a river after being hit by an arrow shot by Bhallaladeva. Bhallaladeva becomes a tyrannical emperor who holds Devasena prisoner for the next 25 years and destroys Kuntala, Mahendra ends up in alliance with the rebels who try to rescue her. 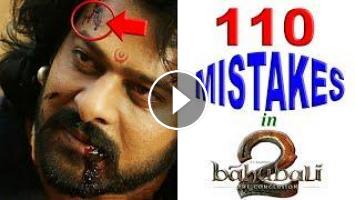